The Best Hog Roasts In Balsall 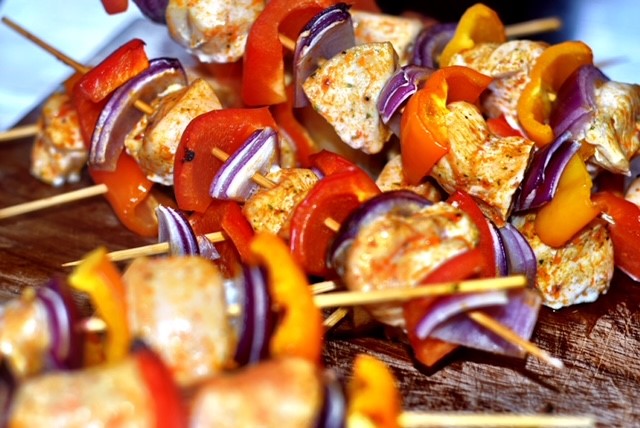 While Balsall Common itself might not be the biggest place in the country, there is a caterer called Spitting Pig that is, and we have a very real presence in the area of Balsall Common. Our Balsall hog roast catering is always on the road, making the nicest roasted buffets and snacks in every corner of Balsall Common. Catering here is greatly rewarding, we have tremendous fun with our hog roast Balsall Common jobs as it is, doing what we love overwhelmingly which is roasting pigs and other meats day in-day out. But undoubtedly making delectable spit or tray roasts wouldn’t be half as much fun for us if it wasn’t for all the great people we meet and places we visit in Balsall Common.

As the prime producer of everything hog and spit roasting we have in common with the people of Balsall Common a real taste for cooked meats, not to mention a wider appreciation for food that’s generally delicious – like creamy cheese canapes or seasonal salads – and a great love of service that shines, which is what we’re known for, even in poorly lit venues! But unlike the local area, there’s nothing quaint about us. It’s the opposite which is true. We’re formidable in size, in strength, in style. Said simply, we’re a big fish with a massive presence, when an event is on the horizon you can bet the phones in our office will begin to ring, because the people of Balsall Common know they can trust Spitting Pig, we’re the hog roaster who’ll get the job done by any means necessary.

Your Party, Your Food, Your Choice 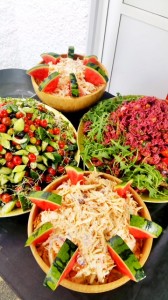 Hog roasts can be arranged to be cooked at any venue, such is our ability to make flavourful roasts wherever and whenever. It doesn’t matter whether you’re planning to hire out the historic White Horse or you want to take in the local scenery and hog roast in a garden or a park, all is made possible when you book us. The roast catering available to you is awesome because the roasted pigs are only but one of many more spit roast selections that can be booked. Not everybody is a pork fan, after all. If you think you and your guests would prefer a different spit roast, or maybe you’ve used us in the past and want a change from your usual choice, there’s lamb, turkey, beef, chicken kebab, whole chickens or British sausage and burgers which are just as delectable. If you’re struggling to make your mind up between the choices, you can always have more than one, either by booking a menu with multiple main course options, or by taking a simple menu, such as the spit snack menu, and customising it to have extra options so your guests are truly catered for hand and foot.

The other path to you having the whole roasted pig you want is to book hog roast hire Balsall Common . It’s as easy done as it is said, that’s what’s so good with machine hire. It’s just a matter of putting the pig atop the machine on the skewers, which adjust for different sized meats, then keeping an eye on the pig while it’s cooking so that you don’t overcook, which believe us would be a real feat in itself as pigs cook slowly and take many, many hours. The machines come with safety assurance, each hog roast hire Balsall Common model having passed vigorous standard tests, which were flown through handsomely. Pig and lamb are ideal for roasting with our machines, another popular choice is to roast multiple whole chickens, and especially at Christmas people enjoy roasting turkeys. There’s no great rule to the spit roast machines, because the skewers are alterable you can spit roast most meats, so you can even cook rabbits.

Whether you’re one of those people who is looking for hog roast Balsall Common catering or you want to have a go at the hog roast hire idea, Spitting Pig is the go-to hog roast company for both of these. If you take a look around the website and find something to catch the eye we can have a quote to you on the same day of calling.